Create an Account - Increase your productivity, customize your experience, and engage in information you care about.

The Daphne Search and Rescue Unit (DSRU) is an all-volunteer first-responder team based out of the City of Daphne. The team responds primarily to water search and rescue missions in an area covering approximately 300 square miles of waterways, including the northern half of Mobile Bay and the Five Rivers Delta areas. The unit also provides land based search and rescue services for Daphne and the surrounding areas.

Incorporated in 1976, the Daphne Search & Rescue Unit has established itself as a non-profit — 501(c)3 —organization, with the majority of its operating funds coming from donations.

We, the members of the Daphne Search & Rescue Unit, are dedicated to providing an organized force for the search and rescue of persons lost or in distress on the land or in the waters of Baldwin County, Alabama. We will assist and aid any emergency management organization, law enforcement agency, fire department and other search and rescue squad when summoned.

The Daphne Search and Rescue Unit was organized in 1974 in response to the drowning of a local fisherman in Mobile Bay. Concern grew due to the delayed water response to this tragedy by rescue organizations from other towns. Some members of the Daphne Volunteer Fire Department decided to organize a small rescue team for Daphne.

These founding members used their own personal boats and gear to provide emergency services and assistance to those who were missing or stranded in Mobile Bay. The team originally provided surface land and water rescue services to Daphne, but as the reputation of the team grew, the members found that there a was growing need for their services beyond the borders of the City of Daphne.

Building on this early success, DSRU was formally incorporated as an independent organization on April 9th, 1976. The team began to provide  underwater search and recovery services in the late 1970's. In the early 90’s the team responded to the Amtrak derailment in the Mobile Delta. During this tragic event, members realized there was an urgent need for divers to assist other agencies with underwater search and recovery.

Today, the team responds in an area of about 300 square miles of waterways including the Mobile Bay, Five Rivers Delta system, and a large region of Baldwin County between Spanish Fort and Fairhope and extending toward Loxley. The DSRU has responded to calls from as far away as New Orleans, North Alabama and the Florida panhandle. We continue to provide mutual aid responses to any public safety organization that requests our assistance.

The DSRU is a 501(C)3 non-profit organization. We rely heavily on donations to cover the expense of rescue operations, equipment and training. We conduct operations in any condition and have many members who are trained in advanced rescue operations. The abilities and knowledge of the team has been beneficial in the following publicized emergencies, among others: the Amtrak train derailment in 1993, aircraft crashes in the Mobile Delta, Dauphin Island bridge incident in 2008, and the Dauphin Island Regatta tragedy in 2015. We are sad to see such devastating effects in our community, but we will always do what we can to help victims get back to safety or to help loved ones find closure.

We have also been graciously awarded with the Impact 100 grant in 2016, which enabled us to acquire a new underwater sonar system. The sonar system can accurately display tiny details along the floor of any body of water.  Since the acquisition of this new sonar system, we have been asked by many departments and entities across the south eastern region of the US to utilize the system with underwater search and recovery operations.

Since 2010, the DSRU team has grown to as many as 32 active volunteers. Each volunteer brings new ideas and skills to the team which allows us to provide the best service to the community that we can offer. If you're interested in volunteering with us, please see our volunteer application information.

Please contact us for volunteer opportunities, to make a donation to DSRU or for more information on our services. 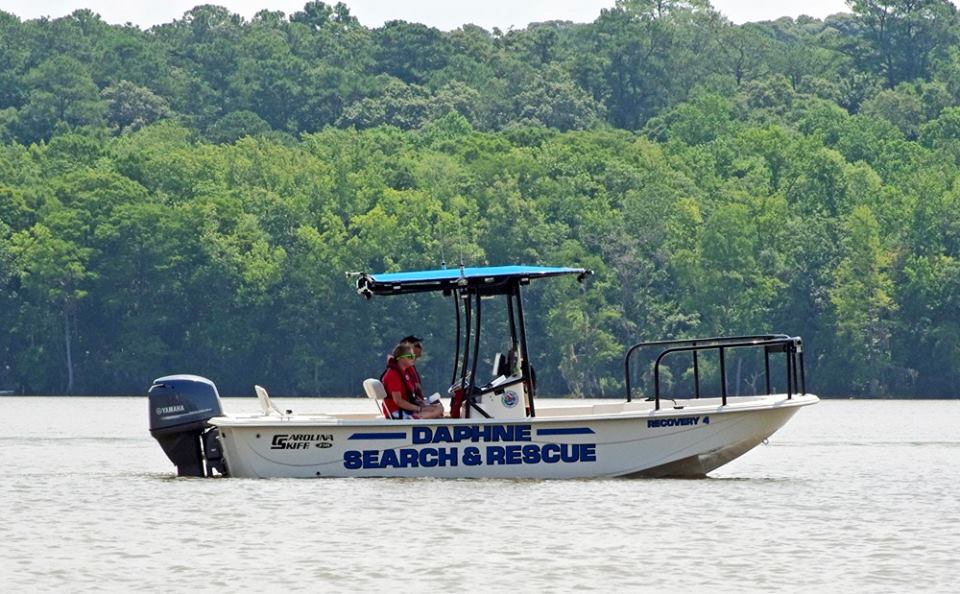